home
Ceres                                  In Touch with Tomorrow
Seth Atwood was an important, respected leader in the Rockford business community. From the Ceres project you can see that he was also creative and willing to explore new ideas. His support of artists and the arts was evident in the shop. Just down the hallway from where work was being done on the Ceres and Baron he had provided space for a local artist who produced significant welded sculptures. Dick Blakely was a logical choice for his Ceres project 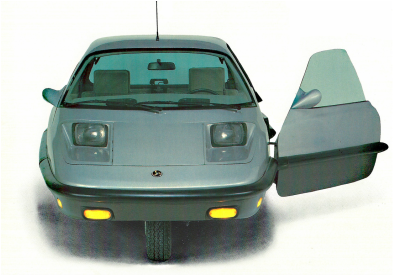 "Born of a Challenge"
"Ceres is a response to an age of overmechanization. It began as a challenge: to design a personal automobile combining extraordinary efficiency, safety and comfort with maintenance simplicity and outstanding craftsmanship. Ceres has met the challenge"
"We Cheated the Wind"
"One of the greatest barriers to automotive effficiency is aerodynamic drag, the resistance created by the car as it pushes its way through the air. The faster the car travels, the greater the drag; the more fuel and energy required to overcome it. Significant progress has been made in surmounting this barrier through space age aerodynamic research. Applying the results of this research, Ceres designers have created an automobile that comes closer to completely eliminating this energy-consuming resistance than any other production automobile on the road today." 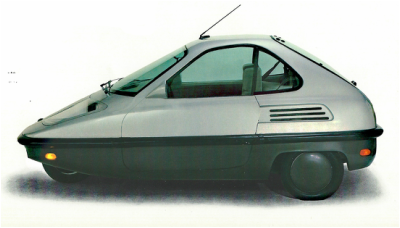 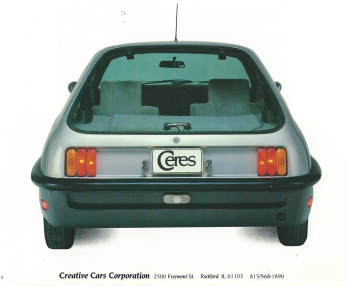 "Weight Reduction  Part of the Critical Equation"
Controlling the vehicle's weight without affecting strength and safety proved to be another important design consideration. the lower the dead weight, the less horsepower is required to deliver the performance we sought. Because Ceres weighs less that 1,500 pounds . . . only 4.8 horsepower is needed to maintain a cruise speed of 50 mph . . . "

​"Your Safety and Comfort are not Compromised"
"Exhaustive tests of three-wheel passenger vehicles reported in National Highway Traffic Safety Administration Publication #820140 concluded that a properly engineered three-wheel car can be made as stable as a properly engineered four-wheel cars."
All of these quotes have been taken from the Creative Car Corporation sales brochure distributed at both the Chicago International Auto,The following Show and the Los Angeles Auto Show in 1983. 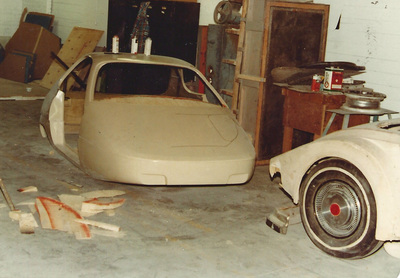 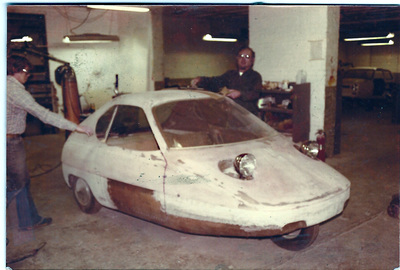 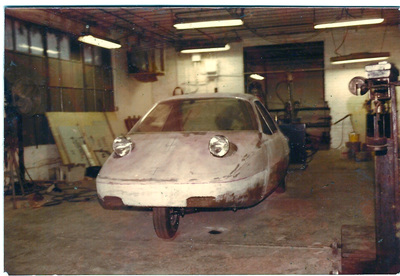 The following photos show progress on the Ceres with a change from bug-eye to flush mounted headlights to reduce drag. These  photos of the fiberglass body also reveal interior panels that identify the location of the rear mounted engine. The photo on the right shows one of the guys testing the car, and having fun in a parking lot. 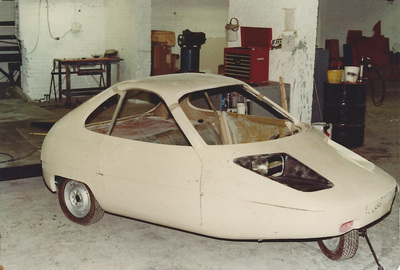 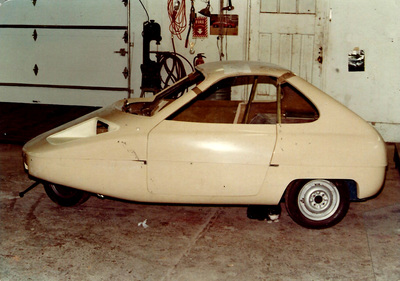 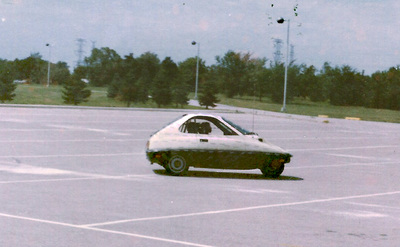 Because aerodynamics and coefficient of drag was so important to the development of the Ceres, the team got creative. Without a wind tunnel to identify drag patterns, Dick and his team decided to tape strips of yarn to the car and drive it a speed on the freeway. The guy driving the chase car followed closely to allow others with cameras to take pictures for analysis. 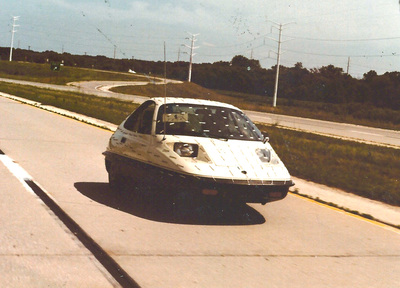 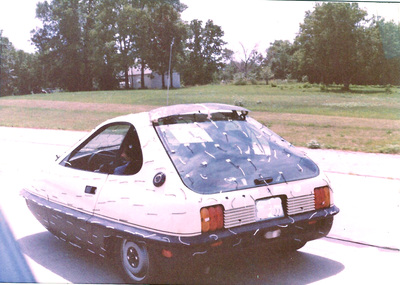 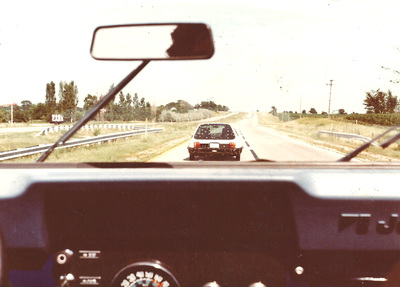 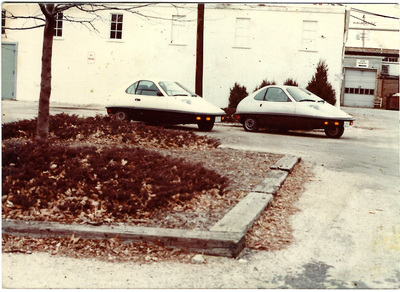 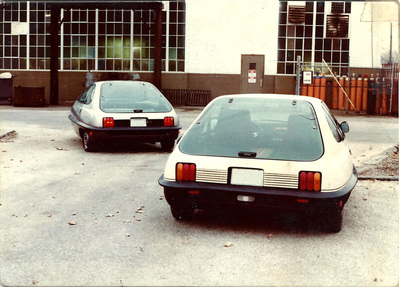 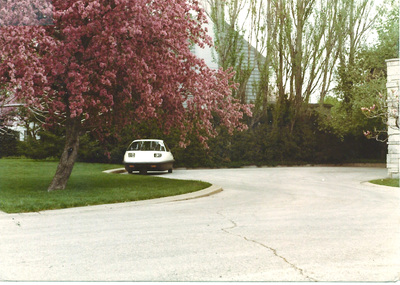 The photos above were glamour shots of the two prototypes together The photo on the right was taken in a residential neighborhood. (Note: The glass hatchback looks a lot like the hatchback in the last generation Ford Pinto.) 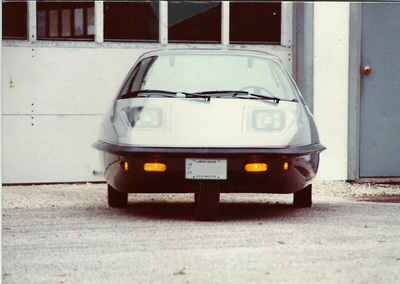 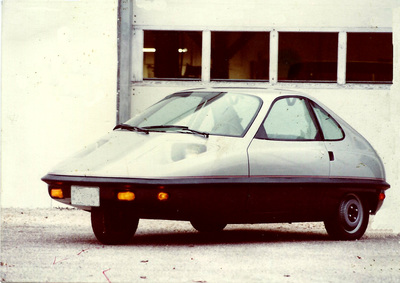 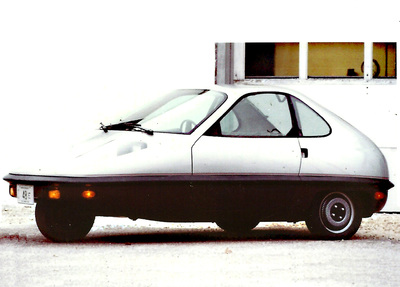 These three photos are interesting. Compare them with the cars displayed at the Chicago and Los Angeles auto shows. Take note of the door handles that become a part of the substantial air vents installed on either side of the cars engine compartment. The prototypes had venting at the rear. As I recall, one of the prototypes was powered by a Diahatsu 3 cylinder engine  . . . the other was Volkswagen. The cars displayed at the car shows also display beautifully streamlined rear view mirrors on both sides of the car, a roof mounted antennae, and more aerodynamic wheel covers..