Richard Paul "Dick" Blakely was born in southern Illinois on February 16, 1943. His father Paul and mother Mary Sue operated small businesses in Indiana and in Martinsville, Illinois around the time Dick was in High School. After graduation Dick enrolled in Rose Polytechnic Institute in Terra Haute, Indiana with plans of becoming a mechanical engineer. He was soon bored with the idea of attending class believing that he already had a firm grasp of the engineering program. As you might expect, the professors became frustrated with his attitude about attending class and likely threatened him with the possibility.of not receiving grades that would lead to graduation . Dick was confident that he understood the concepts and asked to be given written tests so he could confirm his grasp of the program content. This drove the professors crazy because he "aced" every test they gave him. Finally, following his second year at Rose Polytechnic Institute, arrangements were made for him to transfer to the University of Leeds in England where he successfully completed all remaining requirements to receive his diploma as a licensed mechanical engineer.

dick spends some time in england

After receiving his engineering degree in England, Dick returned to the United States and was hired as a mechanical engineer by J..I Case, in Rockford, Illinois where, in a short period of time, he improved their construction equipment, earning several patents in the process. He then joined Rockford Screw Products where he reported directly to Jack Shugard, the VP of engineering, alongside Denny Myelle. Soon after Dick's arrival at Rockford Screw Products, Jack told Denny that "Dick was the sharpest engineer he had ever seen, including all the engineers at Sunstrand".
The fresh ideas Dick brought with him from England for building small sports cars stuck with him. He was convinced that he could build a nimble, fun car that would be better than the ones he saw in England. In his spare time he began working on a prototype and by the early 70's Dick was driving his creation around Rockford. He attracted a lot of attention was soon convinced there was a market for such a car. By 1972, working in their spare time, Dick and Denny, his colleague and friend at Rockford Screw Products, had designed, built and sold their first production run of 15 Blakely "Bantams". They sold out quickly. Both Dick and Denny knew they were on-to something big!.
BANTAM
In 1975 writers from Road & Track Magazine came to Rockford to write a story about Blakely Auto Works. After spending some time with Dick and Denny they wrote "The association (between Dick and Dennis) seems to be a good one. Blakely's role is more or less a combination of mad genius/absent minded professor.  (Denny) Myelle, while no less enthusiastic, provides the calming influence and the business expertise."
​R&T November 1975 p.52
"I drive a lot of cars, but it's been a long time since I enjoyed anything as much as the Blakely."
Road & Track: Mike Knepper
"The Blakely Bearcat is the most exciting auto of its type I have ever driven. The combination of design, engineering, quality and driveability may render it the best kit car ever."
Automotive Self Expression - The Kit Car Phenomenon: Gavin Engen
BEARCAT "S" 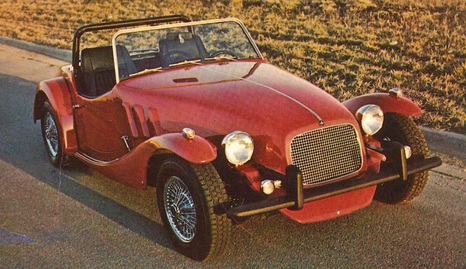 ​Development of the Bearcat "S" began in 1976 as a second generation Bearcat incorporating several modifications including a new smoother hood design with a 'tipped back' nose, gills on each side of the hood and a chrome strip extending from the nose to the windshield. Removal of the 'spare tire' bump from the trunk lid cleaned up the back of the car while a new dash design provided for a more complete grouping of gauges. In the spring of 1977 Art Herschberger, who had a small aftermarket business in Princeton, Wisconsin became a part of the Blakely team as their Vice President of Marketing with 40% ownership in the company. Denny continued as the majority owner and company President as Dick left to explore other business opportunities. It was agreed that Dick would receive a design royalty for each Blakely produced. Denny and Art increased their marketing efforts and looked for other ways to improve the product and increase sales. That included entering into an agreement with Bremen Sport Equipment of Bremen, Indiana, a respected fiberglass company capable of improving their already excellent fiberglass components.
BERNARDI 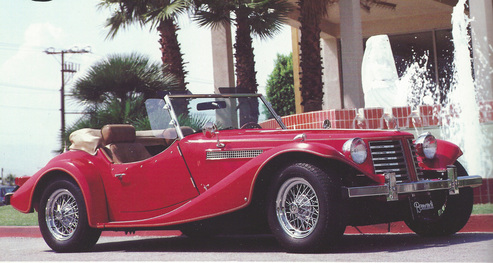 ​In early 1979 Art acquired controlling interest in Blakely Auto Works and moved it from Davis Junction, Illinois to Princeton, Wisconsin. Following the move, Art continued making improvements to the Bearcat"S". This third generation Blakely featured significant changes to the hood, fenders, windshield, bumpers and interior while also adding a much improved folding convertible top. The result of those changes can be seen here in the 'new' Blakely Bernardi.
hawk 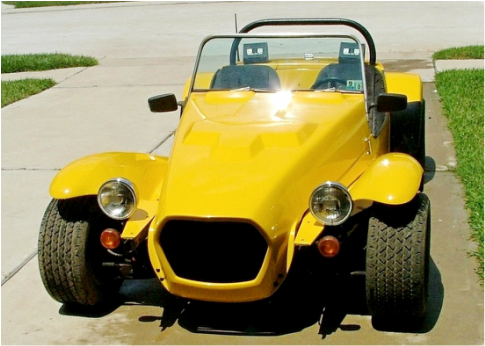 ​The Bantam was the very first car Dick Blakely produced. It was a no frills car designed to provide "maximum performance and minimum everything else". After Blakely Auto Works moved to Wisconsin, Art began a thorough review  of both the Bearcat and the Bantam to find ways that each car could be improved. ​This resulted in a re-design of the Bantam frame adding strength to the frame while also simplifying the assembly process. The body pieces of the new Hawk were pre-assembled, the front and rear fenders were widened, and the dash was re-designed to improve the visibility and the number of gauges, to put the driver in complete control. With all of these changes the second generation Bantam became known as the  Hawk.

After Dick left Blakely Auto Works, Seth Atwood, President of Atwood Consolidated Industries, a large manufacturing company in Rockford, approached Dick about helping him design and produce "a personal automobile combining extraordinary efficiency, safety and comfort with maintenance efficiency and outstanding craftsmanship." * The three wheel commuter car he had in mind would become known as the CERES. Dick agreed with the understanding that he could, on his own time, develop a new Blakely in the Atwood shop using Atwood tools and equipment. With that understanding, Dick and Blakely Design began the process of developing the CERES and the BARON.
*Creative Cars Corporation, Rockford, IL Ceres sales brochure 1983
Four design proposals for the Baron, shown below, were submitted to Blakely Design by Harry Bradley for review and comment. 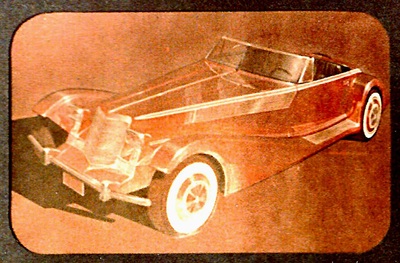 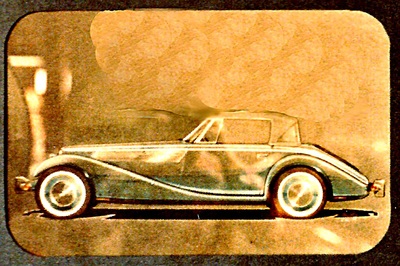 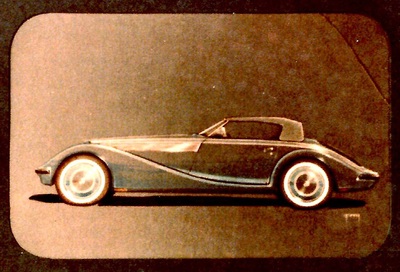 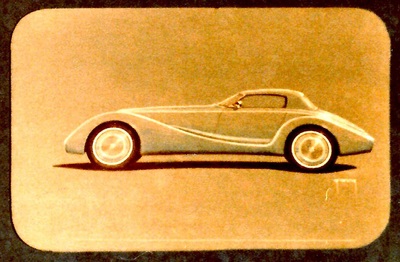